In a fast-paced life walking slows us down


Ray and I took Poppy and Blue out for a long leisurely walk yesterday afternoon with lots of stops on the route to pause and admire the views. In a fast paced life walking slows us down.

We started from Poldhu Cove, normally everyone photographs the views out to sea, here I have shown the reed beds facing away from the sea. This was once a fast flowing river that originally formed the cove. Now it is home to many species of wildlife and has been designated a Site of Special Scientific Interest by English Heritage as has most of our little cove. This gives it great protection and will ensure that the natural heritage is preserved for future generations.

Every year between Autumn and February starlings flock to the reed bed to create huge and magnificent murmurations. This must be one of nature best sights, the starlings sweep ball like in their hundreds of thousands, twisting and turning in formation before flying down to the reed bed and roosting for the night. The sound of their chattering fills the cove.

We were walking to Mullion Cove and set off along the coast path on an overcast but dry day.


The Island is now a bird sanctuary and no one is allowed onto the island. Do you remember Enid Blyton's books about the Famous Five. I grew up on these books and in my imagination I was with them on each of their adventures. Many were set in and around the fictitious Kirran Bay Cornwall and on  Kirran Island. 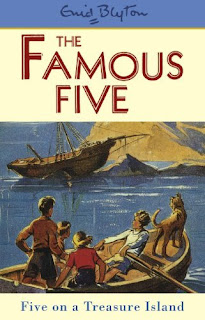 The first time I saw Mullion Island I immediately thought Famous Five. I think that was one of the reasons I fell in love with this area. 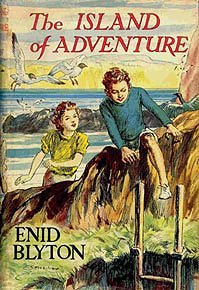 This time of year you will more than likely get the coast path to yourself.

There has been coastal erosion here. If I lived in this house and there was a bad storm I would be worried that the house would end up at the bottom of the cliff.

It is a steep walk down into Polurrain Cove and back up the other side.

When I took this photograph there was a fine mist blowing in from the sea so it is hazy.


The hotel is undergoing a multi million pound upgrade. We are looking forward to visiting the spa when finished. Can you see the tennis court, it is on the edge of the cliff, you can just see the ground sloping away.

There can't be many tennis courts with this view. You can just see the Poldhu in the distance.

Onwards we walked to Mullion Cove. There is an old cannon guarding the entrance

You could imagine an old pirate ship dropping anchor here.


Then we went inland passing these chickens on the way. They were very interested in us and came rushing over.

Their eggs are served in the cafe at Mullion Meadows which is a great place to stop for a light lunch and good coffee.


There were lots of snores coming from two tired dogs and one husband last night as I sat stitching grass on ATS.