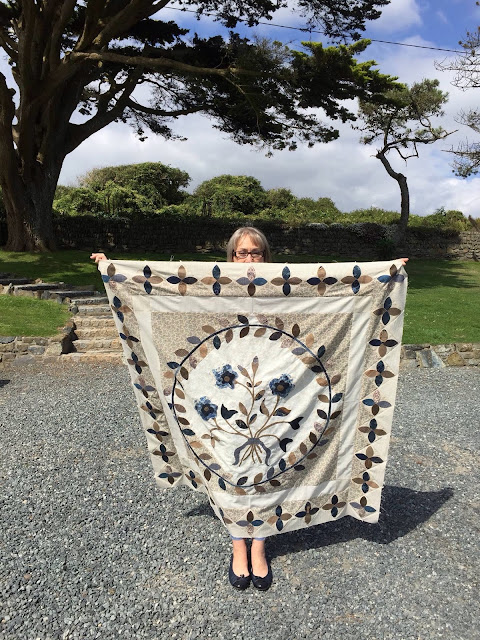 I have been working on another quilt Vintage Bouquet by Jo Colwill of The Cowslip Workshops , the pattern is from her new book.
I was anxious to complete the second border in was the most complicated I have done to date  on joining up the corners.
Now for the large third border which has oodles of appliqué.
Another weekend has been and gone. We were eagerly awaiting this last one as The National Youth Choir were performing at Truro Cathedral as part of their SummerFest 2015. 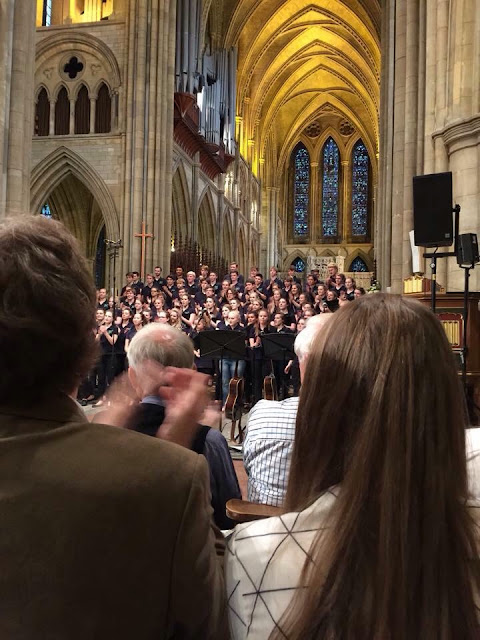 The programme started with Ave Regina Caelorum from Mexico, then we journeyed to Brazil, Canada, Haiti, Uruguay, Times Square, Appalachians, then home to the west country and folk songs from Dorset, Devon, Cornwall and Somerset. 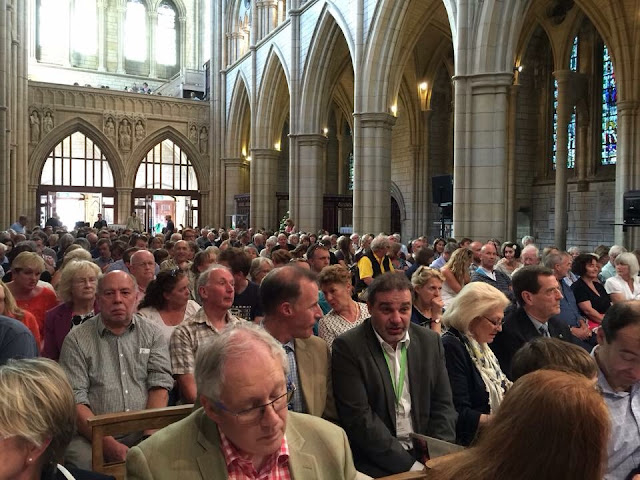 A very enjoyable evening with a choir performing at the highest standard plus we had brilliant seats, we were even in front of the Mayor and Mayoress!! 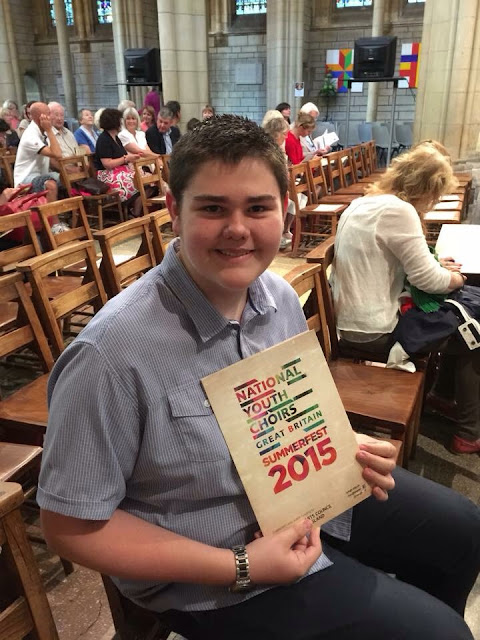 We had company today as Kian joined us. Truro was buzzing with a local produce market. 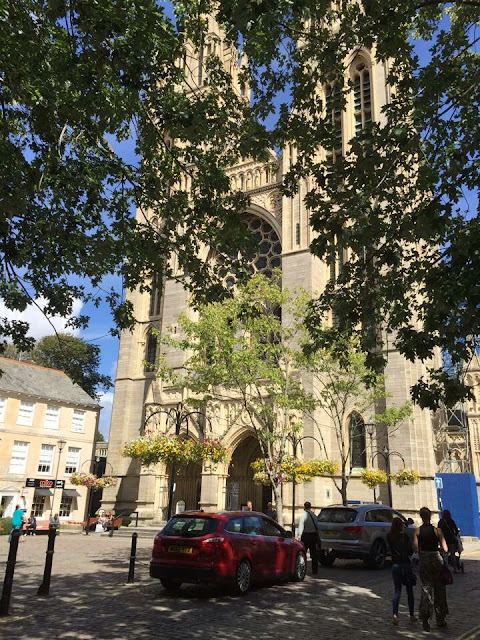 At this time of year the flower displays were at their best and it was a pleasure to wander the cobbled streets in the sunshine. 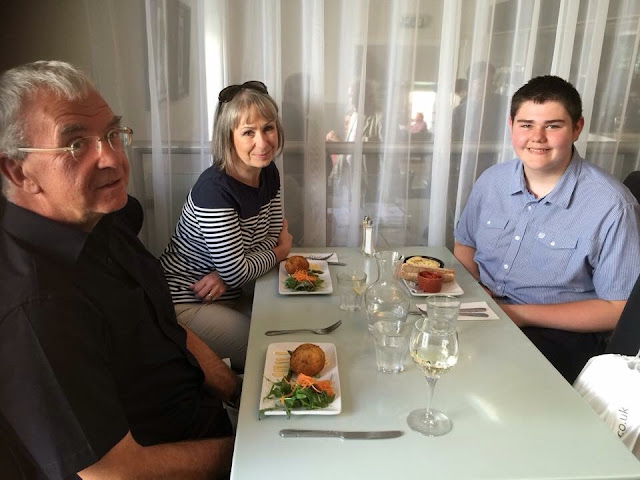 We had a pre-performance dinner at our favourite Truro restaurant. Kian at 14 was too young to sample the champagne bar but still enjoyed the setting and the food. 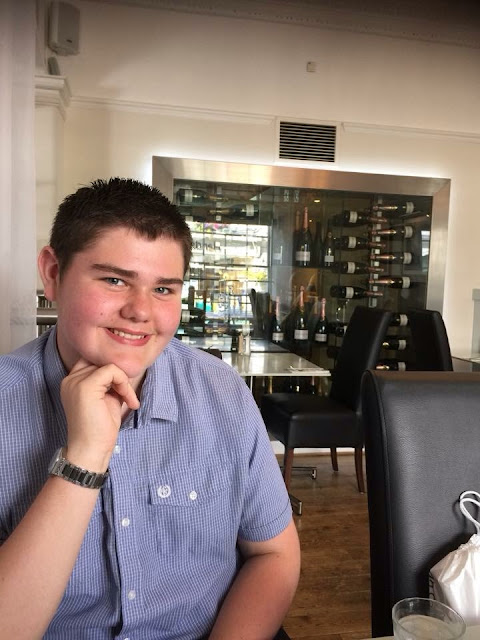 Ray had me in stitches yesterday morning. 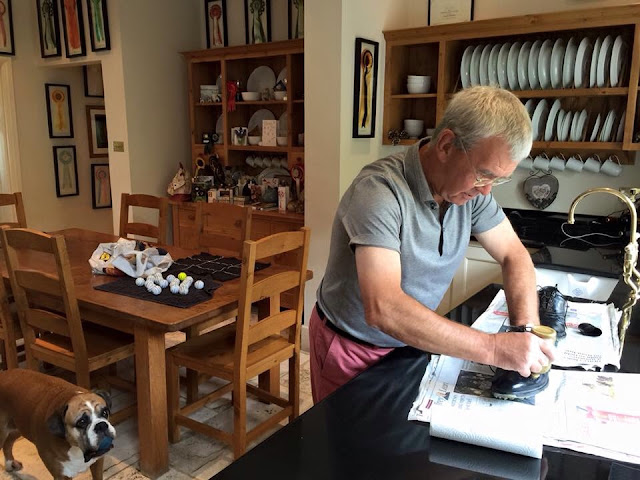 He was washing his balls and cleaning his golf shoes in my breakfast room. If you look closely you will see that Poppy is holding onto her ball just in case Daddy washes that too .
Posted by Nicola at 17:44